When a relationship ends it’s often difficult for couples to decide who should keep the family pet.  We often have clients ask us if they can ‘share custody’.  Despite the love we have for our pets, under Relationship Property law pets aren’t treated the same way as children, they’re considered ‘family chattels’ and should be included in your separation agreement. 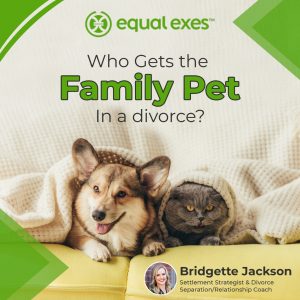 The Law Society has recently identified pets as an issue for the Law Commission to consider in its review of the Property (Relationships) Act 1967 (Act) but until the law changes, pets need to be considered in the current relationship property context.  This means your beloved hound or cat has the same status as your Macbook or Sodastream.

Under current law, pets (as with all family chattels) should be divided equally on separation.  This is easier said than done given you can’t actually divide a pet and both parties want to retain it.  A recent case, Sydney v Sydney [2012] NZFC 2685, has given some guidance on this issue and has held that the welfare of pets is the primary consideration when determining who keeps the animal.  In this case, the family dog had been an “outdoors dog” enjoying a country lifestyle and when the dog’s owners separated one of them was likely to move to town.  Not surprisingly the court decided that it would be in the dog’s best interest to remain in the country.  This may have been a more obvious case but what happens in a situation where you can each provide the family pet with the same standard of living?

The Law Society has picked up on the dilemma of pets and has suggested that the new Act should include a test for determining who gets to keep pets after separation. While consideration of this issue is a positive step, unfortunately, the new test proposed also appears problematic as it requires the court to consider which family member has the closest relationship with the pet.  This is no easy task and is likely to cause just as many arguments as the current situation, if not more.

If you’re concerned about what will happen to your pet if you separate talk to your family lawyer, and if you’re in a new relationship give some thought to whether the pup, kitty or turtle should be included in the pre-nup.

—
If you’d like to talk to me about any issues you face in divorce, please book a FREE 15 minute call


Book A Call
Scroll to Top